Share on facebook
Share on twitter
Share on linkedin
Share on email
When it comes to franchise consulting, the ones that find success are those that capitalize on their strengths. Some consultants are experienced at networking, others prefer to work from home, and there are those that find a good balance between both these methods. A rare few are able to take this business completely out of the box and tap into a whole new market.
In the case of Alexander Hildenbrandt of Stonework Franchising he has found a way to merge this business with his life’s passion. He is young by most demographics of the industry at only 28 years old. Being an active, fresh-thinking individual he enjoys working with people and thinking outside the box.
Alex comes from active duty in Afghanistan where he served 6 years in the Army and deployed 3 times covering 4 tours. (2x Operations Iraqi Freedom, 1x Operation New Dawn, 1x Operation Enduring Freedom).
His life in the military is a distant world away from where he finds himself today, helping people transition to franchise ownership. When he was leaving the military he followed the “Transition Checklist” and followed the channels provided to him from his commanders. “Everything in the military has a check list including your transition out of it.” He felt that they were just focused just on getting him a J-O-B so they could simply check a box and count his story as complete. That wasn’t what Alex had in mind for his own life.

A Veteran Begins His Search for a Franchise

While on deployment in Afghanistan he saw a news broadcast that talked about how a few franchises were giving massive incentives to veterans to teach them how to be business owners. This was exactly what Alex wanted to pursue when he left the military, so he began doing his research. It wasn’t too long, though, until he realized that many of the franchise concepts that said they were military-friendly were completely out of scope of the military pay scale. “I was told there was no way I could be in business for myself with the meager amount I could save through combat pay. I was told this by franchise brokers and franchises that claim to be military-friendly. They offered no other alternatives or resources to investigate.”
This only proved to motivate Alex even more and he continued his research. “After a while I started to find systems that did not cost as much and could get me in the door. I was so enthusiastic that I ended up talking six of my buddies into exploring franchises. At the time, I didn’t even know there was a business that helped people like that. I became enthusiastic about the different types of franchises and how they had proven support and systems to help you be a successful business owner.”
During this research he started working with a Franchise Broker. “I talked to a broker who actually listened to what I was going through and was patient. He wasn’t military, but he tried to comprehend my situation.” As Alex explained his story, the Franchise Broker commended him on his through investigation into franchising and asked if he was aware that Franchise Consulting was an option. “Franchise Consulting is when you help others figure out how they can move forward into business ownership. You are an adviser that is there to help them to see which franchises are practical and can give you something more sustaining than employment can.”
This was the moment when Alex decided to become a franchise consultant.

“There are so many advantages to franchises when coming out of the military. I have made it my mission to help others become aware of them. Military personnel always say ‘I just ,’want a job” or ‘I just want the paycheck,’ but when you get into a conversation it always changes to ‘I want to apply what I have been doing in the military,’ or ‘I am selective about the jobs because I want it to be something I will like.’ You don’t know what you don’t know and soldiers don’t know that there are thousands of ways they can get what they want if they set aside the term entrepreneur and learn what the word franchising actually means. “ 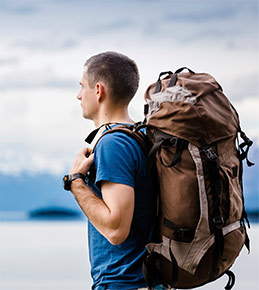 Since becoming a franchise consultant he has closed 6 deals and has another 3 right at the finish line. He tells us that internet leads don’t match his personality and he’s taken up new methods to improve that process and expanded into other creative solutions. At the FBA we have seen hundreds of Franchise Consultants and I feel that I can say that Alex has gone in a direction that has never been done before in the history of Franchise Consulting, He has actually placed candidates into franchises by connecting with people through a Video Game channel on his Xbox known as Twitch TV.
You’re not alone if you aren’t aware of what Twitch TV is, so I’ll give you the run down. Twitch is essentially where someone at home will play a video game live over the internet and allow viewers to watch and communicate with the player. He was playing a game that focused on developing a character by building businesses within the game. Alex used this as a segway to speak about the benefits of franchising and how anyone with any budget could do this in their own lives. He had over a hundred people on the stream and ended up cultivating business relationships with three of the viewers! All from playing a video game in his down time! While this method doesn’t match many people’s strengths it does serve as a perfect example of how flexible and ripe for opportunity the Franchise Consulting industry is. People all over the world have the desire to own their own business, you just need to show them the right opportunity and how they can get there.
Alex is also strong in capitalizing on social media to find and engage new clients. He has also proven that he can use the medium to reach out to clients who have fallen off the process and re-engage them to finally close. This was the case when he reached out to an unresponsive internet lead on LinkedIn. The client was an energetic person who had spent his career working in a lab focusing on details. He was now heading into retirement and had begun looking into franchises. To him, retirement didn’t mean being idle and he felt he still had a lot of himself to give. After a few months of submitting inquiries he quickly got burned out on working with Franchise Brokers. Alex tells us that the client felt that brokers kept showing him concepts that didn’t make sense. “I, as a franchise consultant, was just starting my life outside the military and Steve was at retirement. There was nothing I could tell him that he would believe unless I could back it up with proven data. So I showed him the data. He is now a proud franchisee with WSI.”
Since being a member of the FBA he has earned a big reputation among the membership and was awarded the 2014 Rookie of the Year at the 6th Annual International Franchise Brokers Conference & Expo. Alex has taken it upon himself to share his knowledge with the FBA franchise broker community; and is proactively reaching out to help them understand how social media can be used to grow their business. He has gained a big following and has recently become a LinkedIn trainer in the Certified Franchise Broker program within the FBA.

It Begins with a Mission
Alex’s goals for his Franchise Consulting career are guided by a strong desire to help his fellow veterans. He is dedicated in helping them transition from life in the military to a gratifying experience where they can use their experience to be entrepreneurs. He knows all too well the challenges facing a veteran when they leave the military. Having gone through it himself he also feels that life in the military instills a strong sense of leadership and the ability to follow a process – two traits that are excellent qualities for anyone looking at owning their own franchise successfully. He also knows personally tragic stories of veterans where the transition back to civilian life challenges proved to be too much.
There is a real need to help the people who have given so much of themselves. Alex believes that they deserve our attention and respect while at the same time it is a veterans duty to pass on their leadership to the communities in which they live. He says that “Through franchising a veteran can use their skills to transition into entrepreneurship and be able to engage the world around them while adding an objective to their lives.”

Proper Execution of an Idea
These goals led Alex to create Milspec Franchises whose purpose is to to educate and assist veterans during their transition. Through Alex’s work the organization is attracting other veteran Franchise Consultants, franchises, political officials, military commanders, and veterans associations across the country. It is also serving as a hub to organize and mobilize these groups to effectively use their positions and experience to educate veterans. Together they are united on using their influence to reach veterans before they get out of the military. They want to present them with all the options that are available to them so that they can make a practical decision on what is financially viable and a good fit for their situation.
Alex is very comfortable when speaking with veterans and says, “you have to be direct and get to what is important.” Every week he is interviewing franchises over Google Hangouts and archiving those interviews along with his analysis of the franchise concept on the site. To date he is being very selective of which concepts he interviews because he is aware of the position most veterans are in. He says “They’re not going to be walking into a $500,000 franchise and it’s a waste of their time to have them researching a concept that is that expensive. Veterans are looking for specific information and Milspec is geared to give them exactly what they are looking for. We take the gray area out of franchise ownership.”
Since the inception of Milspec, Alex has connected with many different organizations who have strong ties to military veterans. They all see the benefit of Milspec, and have provided Alex with multiple opportunities to spread the word. Alex has become a regular contributor to the Stars and Stripes Magazine which has national syndication. There he is able to explain how franchising is within the reach of most veterans if they just know where to look. The exposure has also attracted the attention of the National Veteran Owned Business Association. Alex tells us that they have stepped in and really helped out with the project. “They have been a big help to us by providing us opportunities for engagement. They’ve also assisted us by gathering data and promoting our message and the benefits it has for veterans.”
How You Can Get Involved
The biggest challenge that Milspec faces is gaining more exposure. The system as it is now can be difficult to break through and thousands of veterans slip through the cracks. “It’s something that we are dedicated to changing, and that can only happen with partnerships.” Milspec is actively looking for more franchise concepts that match well with veterans, and organizations that can help spread the message.
For any inquires about Milspec or if you’d like to get involved contact Alexander Hildenbrandt at Stonework Franchising.
PrevPrevMy First Year as a Franchise Consultant: A Case Study of Brian Frazier with Apex Business Advisors
NextNew Online Meeting Tools added to Connect FeatureNext