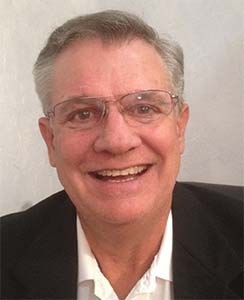 How can someone growing their consulting business to be able to achieve passive revenue streams? Ultimately, it begins on education so that you can begin mastering the Franchise Consulting business and understanding what successful concepts are out there and why they work. After you’ve done this you’ll have the income you’ll need to be able to grow your personal franchise empire.
Bill McKee from American Franchise Finders is a Franchise Consultant with the FBA who is doing just that. All while helping others within the organization and providing valuable life experience and a career path for his own daughter.

30 Years of Business Experience – It Was Time for a Change!

Prior to becoming a broker Bill worked for 30 years in the Parking industry. For 13 of those years he owned his own parking business where he operated several locations downtown and at airports. Eventually Bill says that he just got tired of it and wanted to do something else. So he sold his business to a Canadian firm, Platinum Parking in 2007. He continued to consult for them since that time on and off, and is presently also engaged in trying to purchase small parking companies around the country, on behalf of Platinum Parking.
Focused on the future, Bill set forth to looking into franchises to purchase.  He quickly discovered that he could spend forever looking for the right one. “It was a daunting process, and you don’t get any meat! The royalties are all over the place, franchise fees are all over the place, How do you get all this information and have it make sense! I am a person who likes to have all my information organized and simplified in a single sheet to be able to fully understand the opportunities.”
This is when he discovered the Franchise Consulting business. Bill says, “I have always loved business and learning about the different models out there was exciting. Best of all I love that I can run this business from anywhere! All I need is a laptop and a cell phone. I also really enjoy working with people and being involved in consultative sales. Franchise Consulting was a perfect fit for me.”

When Bill entered the business he did not join the FBA. He joined another organization, but after his initial training he quickly felt isolated and could not interact with others in the business. He was still involved with his parking business and was not achieving the results he was looking for from Franchise Consulting.  His broker groups lead provider was starting to sell a new type of expensive leads (~$80/lead). Before he could commit to purchasing leads at that cost Bill asked the lead provider to speak to others who were using them. From that process he was finally able to speak with three other Franchise Consultants who were also within his group.
The first consultant he spoke with was working part time and had no sales. The second was a consultant, Matt Olk, who also had no sales. The third was Ken and Amy Elias who, again, had no sales. Bill decided to hold off from purchasing those new leads around 6 months. He called his fellow consultants back to see what they were doing and how the leads were going.
Ken and Amy said We’re not involved with the group at all anymore. They told him about FBA and how they had attended the FBA’s annual conference. Ken and Amy got on a conference call with Bill and Matt and they explained the differences between the two groups and they all decided that in order to succeed they needed more for their business. Bill and Matt decided to look deeper into joining the FBA and eventually both decided to join the FBA.

“I have really enjoyed everything about the FBA program. It is well worth the time and money. The mentoring between members and classes are so rewarding.

The best thing though is being able to talk to other people in the business. You don’t feel alone! Matt and I both have been doing so much better since joining the FBA.”

Since joining, Bill has been consistently closing deals and working with other consultants and franchisors to get cheaper and better leads.
Recently, he has closed an ACFN, several Healthier 4 U vending Machines, a Menchies Frozen Yogurt and is expecting to close on a Spice and Tea Exchange within a week or two. There are also two candidates in his pipeline who are looking solid and are poised to close.
Bill is capitalizing on his success by establishing rebound lead deals with the franchises he’s working with. He’s even worked out a great lead deal between Healthier 4 U, himself and Matt where they each split the cost of the lead. Matt and him then Co-Broker every deal they get. No matter who works it they each get half of the commission.
When it comes to internet leads Bill is still getting them, although he’s decided to get only call verified leads. With his engagement he says that he learned a valuable technique from the 2014 FBA Rookie of the Year, John Naylor, where he reaches out to unresponsive or older leads through text messaging. He says he’s getting a far better response than just emailing alone. “Being able to share info between consultants helps you to get deals going. You bounce ideas off one another and try new things. Recently, I’ve been able to give back by working with others in the group to help get their businesses rolling.”
I asked Bill, what advantages this brings to his clients. “First of all, everything on the internet is sales literature and it looks pretty. You can’t buy a business based on sales literature. You need to know the background of the company and the leadership. Do they have financial problems? Will the franchisees validate well? Will you be able to see some Item 19 (earning statements) numbers. You can’t get any of this on the internet. Also, as a member of the FBA I can provide my clients with with an hour of free legal advice. There is literally so much support I bring to my candidates to help them make an informed decision.”

Since Bill spends day after day looking into and vetting franchise systems it’s no surprise that he came across an opportunity that would both help him and his 21 year old daughter. It’s a common story we hear a lot of the time from Franchise Consultants. They often times find a concept, or multiple concepts, that they look to own and run part time or transition into running the franchise full-time.
In Bills case he, is one of 5 FBA Franchise Consultants who have purchased their own Healthier 4 U vending business. He is one of the FBA Consultants who attended the Healthier 4 U Franchise Broker Discovery Day in Las Vegas last May.
Bill is in the process of looking at the possibility of purchasing 15 machines which he will have his college going daughter run the day-to-day activities while he simply oversees the business. “It’s a great life experience for her and H4U is truely is a business you can do on the side. It doesn’t take too much time at all. Essentially, you’re spending somewhere between 30 mins and 2 hrs a week per machine. It’s also a completely scalable business. Some people have 6 machines, others have 60. H4U really gets it. They support you. They stay involved and are there to help you. They want you to be successful. They realize that if you are out there making money you’re going to want to grow and you’ll get more machines. That’s the kind of partnership I’m looking for and it makes sense.”
The FBA is proud to have Bill as a member and value his time and effort that he gives back to others of our organization. Establishing meaningful connections and helping others discover their perfect opportunity is the core of what we believe as an organization. With members like Bill, we will continue to grow and positively impact our membership and communities around the world.
PrevPrevFranchisors: Join the FBA for FREE & Sell More Franchises!
Next12 Tips For A Productive Franchise ConferenceNext