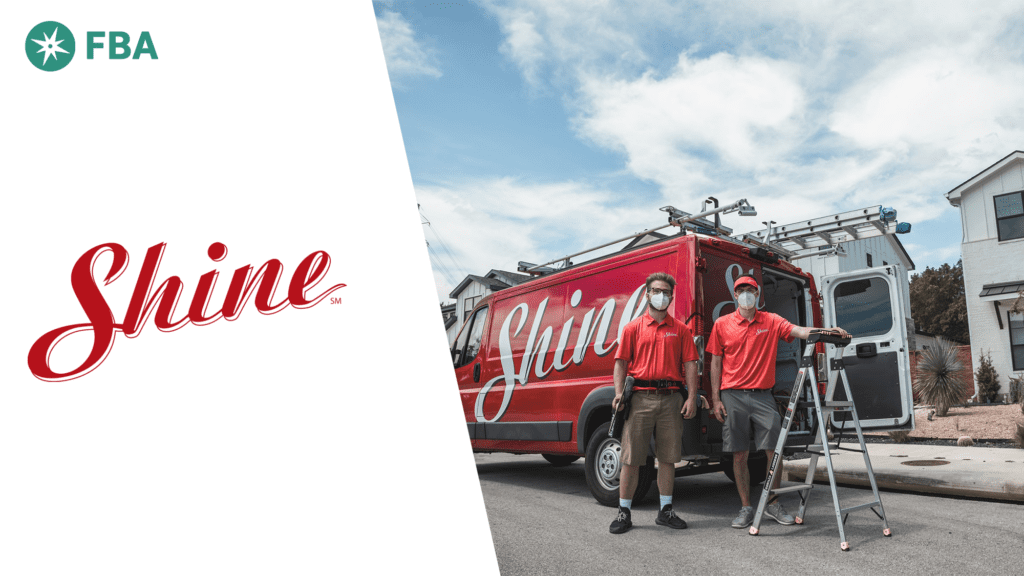 2020 was hard on everyone – and Joe and Jeri Reeder were no exception. With uncertainties about the job market looming, they began exploring the thought of franchising, and decided to attend an FBA Speed Round session in October of 2020. During the speed round, they were introduced to FBA Broker Corey Elias, who began to guide them through the franchising process. They began learning about how investing in a GOOD franchise could provide a stable future for their family, and decided to look at what options might be right for them in their hometown of Wrigleyville, Chicago.

With Jeri’s background in both education and the non-profit world, the couple began looking for a franchise business model that was purpose driven, personally-meaningful, and had a strong community of owners.

“They had a list of about six franchises that they liked from the franchise tours,” Corey said. “Originally, Shine wasn’t on that list. But it kept coming back to Shine, because they really were the perfect fit for the mission and vision that Shine has.”

Overcoming the Fear of First-Time Franchising

After their first call with Shine’s president – who also happens to be a multi-unit franchisee – it “just clicked”.

“They received a lot of good insight from both levels – they were going through their mission, and they said, yeah, that is perfect,” Corey said.

Jeri and Joe joined every single call together with Corey, working as a team. However, one call was different – the couple was beyond nervous, and no longer as confident in moving forward.

“They didn’t think the numbers looked as good as they thought,” Corey said. “I said let’s figure out how to correct that. We jumped on with the franchise accountant, and found out that the numbers were off. After that point, they got more comfortable, and could see themselves reaching their goals.”

Fear in new franchise ownership is a normal occurrence, and for valid reason. “It is a huge investment – not just the money, but a life change,” Corey said.

“There’s always a point in the process where fear takes over, and as a franchise consultant, you have to build that trust when [a prospective franchisee] brings it up to you. It’s about helping them to get the reality of it.”

Talking to other franchisees within the Shine business also helped ease the couple’s worries. They could see that other people had been in their position, and were successful. From there, they were ready to move forward. They have now completed training at the Shine headquarters, and “are excited to announce that our team will be serving the Chicagoland area on May 10,” Jeri said.

Shine has been in business since 1999, and has been named a Top 50 National Franchise. Shine offers services to communities that include window cleaning, pressure washing, gutter cleaning, and holiday lighting –but it is not just their service offerings that stand out.

As a value-led franchise, Shine was built on giving back to communities in need. Founders Chris and Michelle Fisher moved overseas from 2012-2014 to serve the poorest regions of Uganda. In 2015, they started Arrows and Hope, a ministry which supports education and discipleship for orphan and vulnerable children through sponsorships.

They believe that, “together, we can create a brighter world for orphan and vulnerable children, living in extreme poverty.”

Shine provides a simple six-week training program, and offers access to comprehensive training to include daily operations, equipment instructions, meeting the CEO, employee training, and more. Continued support is a big part of the Shine company culture model, as well as being a part of the Shine family.

To learn more about Shine Window Care and Holiday Lighting check out their website here.