How This FBA Broker Found New Direction In Franchising As an FBA broker for the past three years, William Wright knows GOOD franchises. But when he and his wife Cynthia began the hunt for a franchise investment of their own, little did they know that Kitchen Tune-up would end up being the right fit for […]
Written by Arturo Sanchez on December 18, 2020 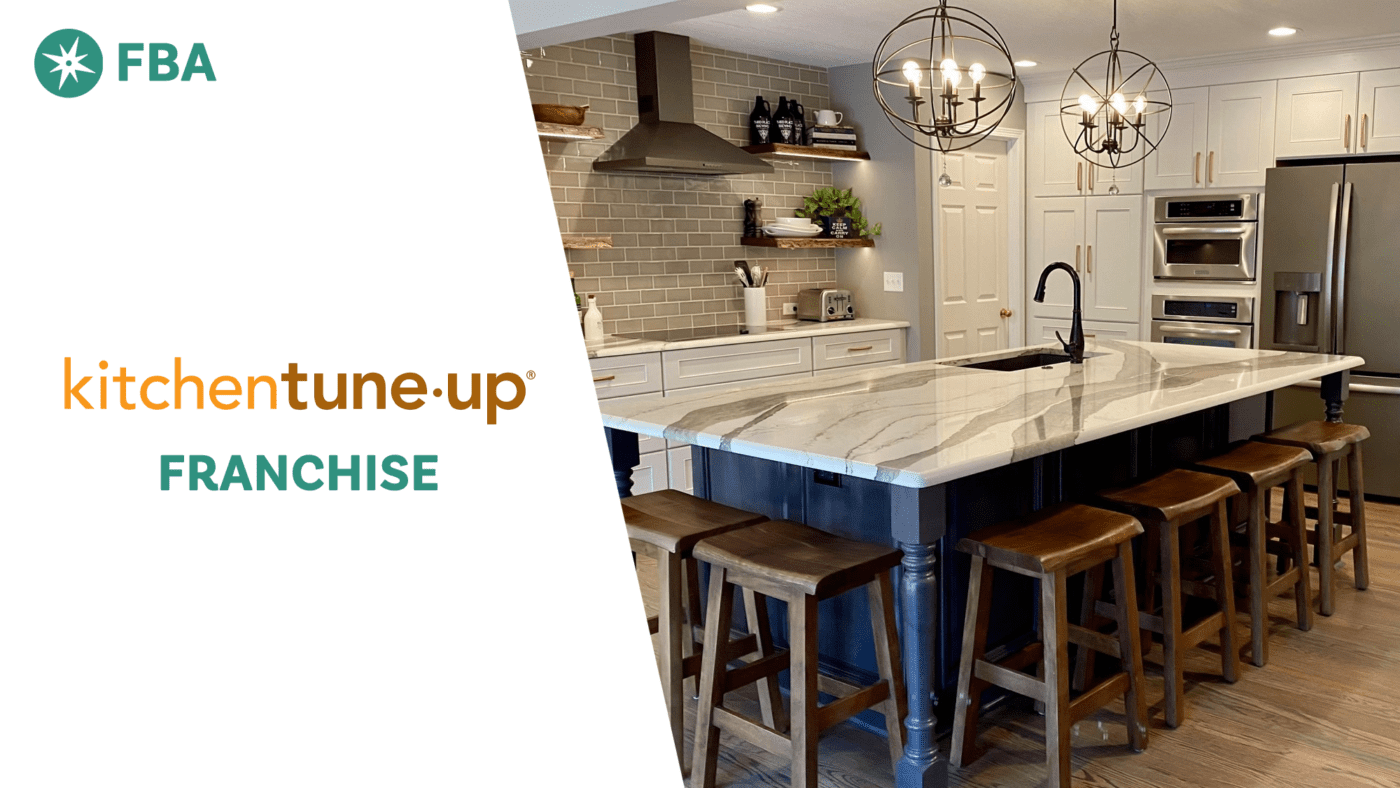 How This FBA Broker Found New Direction In Franchising

As an FBA broker for the past three years, William Wright knows GOOD franchises. But when he and his wife Cynthia began the hunt for a franchise investment of their own, little did they know that Kitchen Tune-up would end up being the right fit for their vision.

Established over 30 years ago, Kitchen Tune-Up was designed to help homeowners transform their kitchen in just one to five days at affordable rates through updating or replacing cabinetry. In the business of simplifying and improving homes, Kitchen Tune-Up is a network of dedicated, success-oriented franchisees – but that wasn’t on the Wrights’ radar, at first.

“[Kitchen Tune-Up] was newer to the FBA system this year, and we were really looking into the senior healthcare world to start,” Will said. “We wanted to give back to the community, but those were already taken in our territory.”

“I had been working with Craig and their franchise development team since the beginning of the year,” Will said. “I loved their support and longevity, and the story behind the brand. It all resonated with us. We’re not just in it to make money, but to give back to the community.”

Giving Back Through Building a Business

Though 2020 was a difficult year for many, it also proved to be an opportunity to build a business that could help others. For the Wright’s, they found that giving back could be achieved through lifting up neighbors and providing local jobs.

“For us, the timing was right during the pandemic,” Will said. “Cynthia was working for the parks and rec department running events, but since events weren’t happening, we said – well, now we can start a business.”

After working for the parks and rec department for 10 years, Cynthia also found that the change allowed her to challenge herself in new ways.

“With this business, I am getting to help people while having new interactions and opportunities to learn,” Cynthia said. “Managing people and being the boss is eye-opening and very exciting.”

Kitchen Tune-Up was founded in 1988 by Dave and Cindy Haglund. It all started in 1977 when Dave opened a cabinet store in Aberdeen, South Dakota. After over 10 years of success, Dave found inspiration after getting a car tune-up, and realized he could apply the sample principle to kitchens.

“I was hesitant at first, I’ll be honest,” Will said. “In my mind, they hand you a playbook and say go, and you never hear from them again, but it was not like that. We have a weekly mentor group, and you can call the owners they’ll answer. It’s a well-oiled business.”

Will & Cynthia officially opened their franchise on November 9, 2020, in their hometown of Kirkland, Washington. They and look forward to giving back to their community through beautiful kitchen remodels and are excited for a successful future as franchisees.

“Franchise business ownership has a high-rate of success for anyone that can follow directions,” he continued. “In five years, as long as your do things right, you have a business that is running itself.”

Want to learn more about how FBA Brokers can help you find good franchises like Kitchen Tune-Up? Contact us today.


How much franchise can you afford?