Sharkey’s Cuts for Kids Expands to Ohio and Indiana 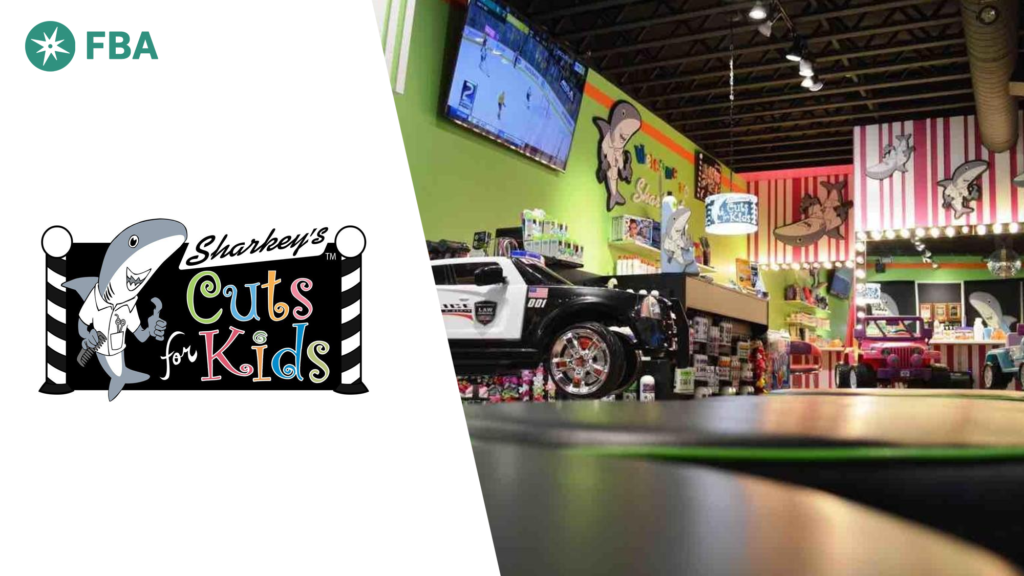 An award-winning franchise that is growing throughout the world, Sharkey’s Cuts for Kids is all about creating an entertaining, enjoyable experience for kids when they go for a haircut. Started in 2002 by Linda and Scott Sharkey after they were disappointed with options available for their own children, Sharkey’s provides video games, Dippin Dots ice cream, a fun atmosphere and experienced stylists in a clean environment.

FBA Brokers Kathryn Hetzendorfer and Brad Thomas each saw the value of the Sharkey’s franchise for their prospective franchisees, and sold a combination of three new units in December 2020 in both Ohio and Indiana.

“Kathryn was great to work with!” said the Sharkey’s franchise team. “She brought us a wonderful client who worked extremely well with Jessica in our Sharkey’s Franchise Development department, and Sharkey’s was looking for a foothold in Indiana. A total win-win for everyone!”

Brad also worked very closely with Jessica at Sharkey’s franchise development team, and was able to bring a unit to Ohio, where they were looking to gain traction. Brad introduced the franchisees Jeff and Leni to the Sharkey’s model, ideal for their desire for an absentee model and passive ownership. As an easy-to-operate business model with multiple revenue streams, Jeff and Leni also liked that it provided a higher profit potential.

Sharkey’s also offers other revenue streams for franchisees, to include retail merchandise located throughout the salon and birthday parties offered in a “Hollywood” style dressing room. Local businesses have the opportunity to partner with franchisees to also offer classes or other kid’s activities within their private rooms.

Catering to kids ages up to 14, Sharkey’s became a franchise in 2005 after they opened up their second and third stores just a year prior. After two years, 20 more Sharkey’s salons had opened their doors within the U.S., Canada, Europe, and the Middle East. With over 200+ salons, they were officially the fastest growing children’s hair salon franchise according to Franchise Times in 2008. Sharley’s Cuts for Kids has now won awards the past five years running, and is continuing to grow throughout communities everywhere.

Want to learn more about how FBA Brokers can help you find good franchises like Sharkey’s Cuts for Kids? Contact us today.