FASB Explained. The good, the bad the confusing. If you are in franchising you may have heard the excitement about the Federal Accounting Standards Board’s (FASB) decision to delay the revenue recognition rule for one year.  The International Franchise Association (IFA) did a great job advocating for that.  Kudos, IFA! You may be one of […]
Written by  on April 16, 2020 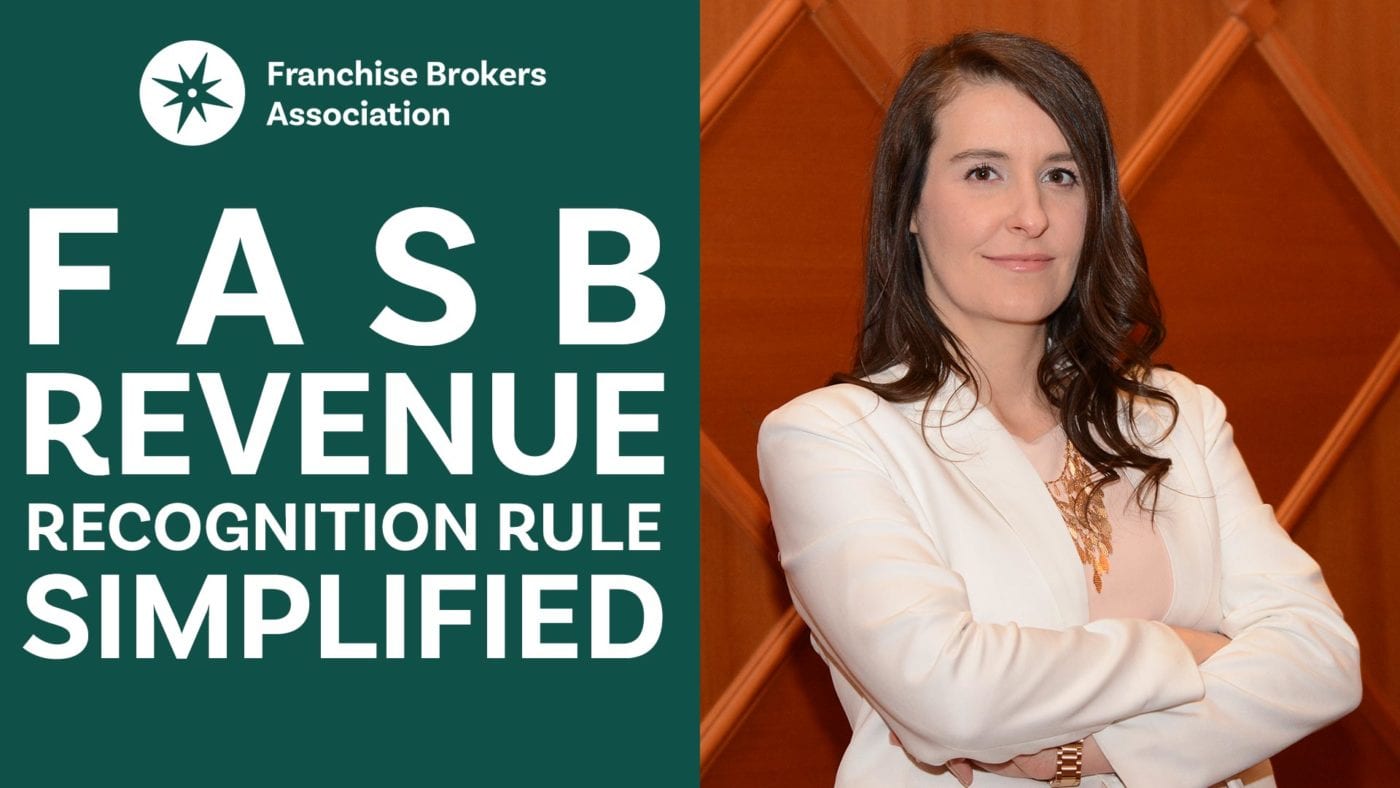 FASB Explained. The good, the bad the confusing.

If you are in franchising you may have heard the excitement about the Federal Accounting Standards Board’s (FASB) decision to delay the revenue recognition rule for one year.  The International Franchise Association (IFA) did a great job advocating for that.  Kudos, IFA!

You may be one of the many who are clapping, but in the back of your mind thinking, wait - what is that again?

Don’t worry, it’s not that simple to understand, but we want to help you do it.  Let’s break down the meaning and the value of this FASB win for franchising.

First, let’s talk about what FASB did which caused the pain to the franchise community.  FASB provided new guidance on their ASC 606 Revenue Recognition rule and set it to go into effect in the year ending December 31, 2019.  That updated guidance changed how franchise systems are allowed to report revenue when they sell multiple unit licenses to a new franchisee.

Why is that a problem?

Well, instead of the money received showing up as revenue on the income statement (money in), the funds for the second and third location instead show up as a liability on the balance sheet as deferred revenue. Those funds have to be recorded in that liability account even though they are allowed to be used after they are received.

For franchisors, especially new ones, that poses a problem.  Their financial statements don’t look so good when this rule is applied compared to before this rule was applied. If you know how to find it, you can see the money is still there through the accountant’s notes in the disclosure, but often franchise buyers don’t read the notes. They see the numbers and think, something to the extent of, “this franchise is in trouble, I’m not joining them”.

There’s another problem, too -- certain states require franchises with a less desirable financial position (i.e., new businesses) to escrow the franchise fee funds until the new franchise owner opens their location for business.  That might sound good to the franchise buyer, but it's incredibly difficult for the franchise to maintain a high level of support to the launching franchise owner without any funds to support them. How do they pay for the training, travel, marketing, legal expense, compliance expense and so on, when they don’t receive their revenue for a year?  What happens is newer franchises end up not opening new units in states which require these restrictions and everyone loses.

When you run a business, the goal should be to line up revenue and direct expenses incurred from that revenue with the cash leaving the account each month.  This is one of the ways you get more financial clarity and have clean, organized books, ahh!  The new revenue recognition rule makes this difficult to do because the cash received is used in the year received but is recorded as revenue in the year the subsequent franchise locations open.  And make no mistake -- new franchisees are front-loaded with expenses.  They are going to cost the franchisor a lot to get them trained, launched, supported, etc in those first years.  The bulk of the expense is early, not in the later years -- revenue doesn’t line up and the end result creates a disproportionate picture for all.

This rule mostly hurts emerging brands, but emerging brands are a healthy part of any business sector -- we don’t want to hurt them.  There needs to be the new innovators to keep the market fresh and competitive. That’s why we are thankful to the IFA for getting FASB to hold on this update for a year and also for encouraging FASB to reconsider the implementation of it for franchising.  It might go back to normal which would really help emerging brands continue to be strong in the eyes of the franchise buyers and the state regulators.

If you have questions, reach out to us or your FBA franchise broker.  Our accounting team is excellent at explaining this and is happy to schedule consultation calls with anyone interested in doing a deep dive into this subject matter in an effort to support buyers and franchisors with the right strategy to manage it. We are here to help.