The Franchise Journal: An Evolutionary Story of Success

Successful Businesses are Built on Leadership, History and Core Values Most successful businesses are built on a foundation of solid leadership, an interesting history and a set of core values that help drive the company forward. It’s no different for Mint Condition, a commercial cleaning company based out of Fort Mill, South Carolina, and founded […]
Written by FBA on August 6, 2021 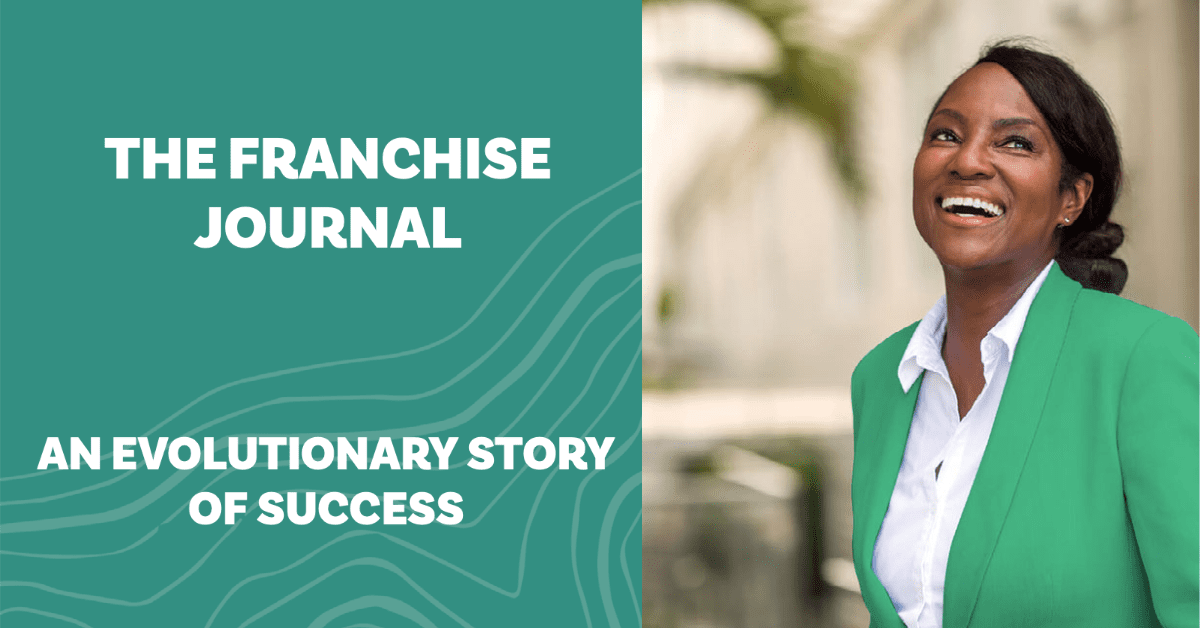 Successful Businesses are Built on Leadership, History and Core Values

Most successful businesses are built on a foundation of solid leadership, an interesting history and a set of core values that help drive the company forward. It’s no different for Mint Condition, a commercial cleaning company based out of Fort Mill, South Carolina, and founded by Jack Saumby in 1996.

When Jack moved to Charlotte, North Carolina in 1986, he decided to bring his line of work with him. “I started in the cleaning industry in Houston,” he said, “working with a colleague who had run his own cleaning business. I became a minority partner and learned about the business in that market. But, then around 1986, the economic climate in Houston declined somewhat, so my wife and I decided to move our family to Charlotte.

It was in Charlotte that he founded Maintenance World, a home-based cleaning company that started with just two employees and went on to become the eighth-largest commercial cleaning company in the Charlotte, NC metro area. Things weren’t easy at first, however. Although Jack’s hard work paid off, he said “I wouldn’t recommend doing it exactly the way I did it. Ideally, you should have enough capital to get yourself through that initial stage without having to go out and do the cleaning yourself”.

Employee Based Model to Franchise Model

As the company started becoming more and more successful, Jack saw that there was room for improvement. “When I first started Maintenance World it was an employee-based model,” Jack said. “The problem was that employee turnover in the industry was high, which made it very difficult to deliver consistent customer service. So, in 1996 I decided to switch to the franchise model, in the hopes that it would enable me to provide a better service to our customers. “One of my concerns when I was thinking of going into the franchise model was the fact that there was a pretty high turnover rate among some of my competitors as far as their unit franchisees”. “What I wanted to do is develop a model where if franchisees were performing at a high level, I would be able to keep them in the system, which is why I added the Revenue Replacement Program” explains Jack. “If a unit franchise in the Mint Condition system loses revenue through no fault of their own, the revenue will be replaced at no additional cost”. By bringing quality unit franchises into the system and keeping them, the deliverability to our customers would improve substantially.”

Nine years after launching, the franchise system was seeing great success locally and Mint Condition decided to expand once again. This time, through Master Franchising. They recruited Master Franchisees, who themselves recruited unit Franchisees, and secured commercial cleaning contracts on their behalf. By 2008, the program had shown signs of being successful, so we launched it nationally. Part of the reason for the success was the Revenue Replacement Program.

Who's the Ideal Candidate?

Like all franchises, Mint Condition has an ideal candidate in mind for running their Master Franchises. In their case, they are looking for mid- to senior-level business executives seeking to make the transition to franchise ownership. Before awarding Master Franchise agreements, Jack has several traits that he believes are important.

“Number one is they need to have some management skillsets,” he said, “because they’re going to be working with their Unit Franchises, they’re going to work with customers and then their own staff. It is important to be able to work with people who have diverse backgrounds. If you’re a senior executive and you’re only comfortable working with individuals at that senior level, our model is not a good fit for you.”

Core Values are a Key Driver

While the skillsets of the people they sign up are important to the success of the business, Jack also believes it’s the core values of Mint Condition that are a key driver. “We talk about unity,” Jack said, “Not just at the business level, but at the personal level. We want to know each person in our company personally. We talk about humility. It’s not about me, it’s about us. Integrity is another key point, and of course accountability. We want to make sure people are doing things the right way and following our key performance indicators to help us move our system forward.”

From their launch as Maintenance World, up to today’s Master Franchises, Mint Condition has done a remarkable job evolving their business to successfully meet the demands of their customers. Part of this is due to the vision of its founder and president Jack Saumby, who continues to demonstrate his knowledge of what it takes to be successful, while another part is having the right people, in the right jobs, at the right time, following a system that works.

To find out more about Mint Condition, check out their website here.